Flying and falling in winter time

It has been winter for too long already and I haven’t even been to the mountains. After I checked the weather forecast and it said no wind and lots of sun, I just had to go. So I met up with Nico in Austria to do a tandem paragliding flight. It was going to be my first time paragliding. Which was funny, because the plan was to do a BASE jump (technically it’s not a BASE jump, I know…) out of the glider on the first flight already.

So we took the cable car up onto the mountain and went to the take off area. There wasn’t much wind, which made it more difficult to get the glider in the air. But on the second try we succeeded and were airborne, as you can see in the video.

The take off was quite uneventful. Although it was a bit weird for me, to just be the passenger and not in control of the handling. You also fly much faster than with a BASE canopy. The higher speed combined with temperatures below 0° are a nasty recipe for freezing any bodypart, which isn’t wrapped in warm clothes. The jump of the glider was unusual. I couldn’t really tell how high I was above the ground, so I opened way higher than necessary. During the canopy ride on the way down, my fingers froze completely. I had to wait for around 10 minutes at the landing, before I was capable of opening my buckles and taking care of my gear. First I couldn’t feel anything and once the senses came back it was an excruciating pain that almost made me sick. So be careful with the cold. 😉

After the jump/flight we grabbed some gloves (!!!) and my second rig to go for another round. This time I did a gainer, which was fun, and my fingers stayed warm. In the end, we did a third flight, but without me jumping out. So I made my first tiny experiences in how paragliding actually works. How you look for thermals and how much more efficient the glider flies. I’m sure that this was not my last time paragliding. 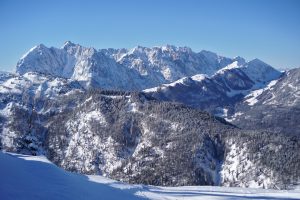 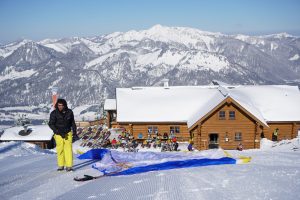 Preparations in front of the Bärenhütte 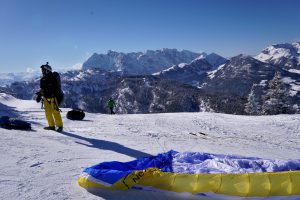 Just before the take off 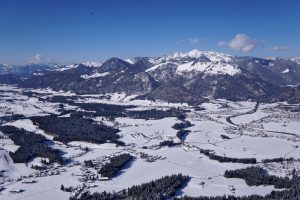 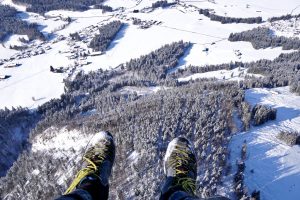 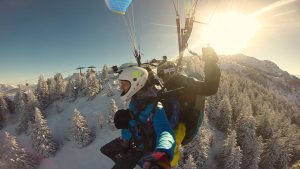 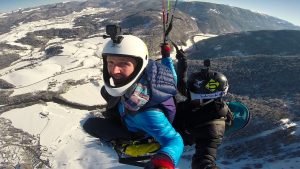 Just before the jump 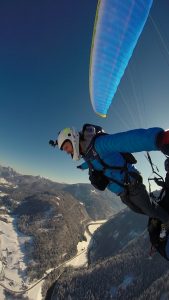 Jumping out of the glider 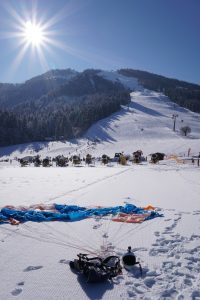 Landing in the snow